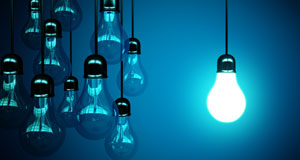 One of the arguments recently heard about the situation with the local power company, Luz y Fuerza de Las Terrenas, S.A., is that it is simply a fight between shareholders that must be resolved among them. On the side, some also comment that the results of the audit authorized by the courts will be delivered to the shareholders and it would be resolved in their midst, hence we should leave that process alone to follow its proper course.

I agree with the plain fact that it is a fight between shareholders. Both Mr. Dartout and Mr. Orsini have been at it for more than a decade, Dartout asking for the audit and Orsini denying it. Finally, the courts have spoken, and the judicial power gave Dartout authorization to be the administrator in order to produce the audit and give the results to the shareholders. Conversely, in Las Terrenas there are many similar businesses, owned and managed by shareholders, some of which are family members and others not. In some instances those business entities come apart, as in the case of Hotel El Cacao, and similar situations could be faced by supermarkets, stores, drug stores, car dealerships and any other business managed by shareholders.

The sentence produced by the courts asked Orsini to deliver to the new administrator all papers, goods, equipment, processes and systems necessary to run the company but, of course, Orsini has not gone along with it. Instead, he opened a shadow office and is collecting money on his own, as well as keeping the equipment and managing it at its will. When something like that happens, it is anything but a simple fight among shareholders. There’s a delicate yet important difference between any business and a power company. If shareholders within the power company fight and it ends badly, it would severely affect the expectation that each of us has about a dependable electrical service. Most people have expressed profound concerns about what’s happening, so it goes to show that we all would be concerned if the electricity, well, gets unplugged !

We shouldn’t compare a utility -even if privately held-that offers a public service (such as the aqueduct, streets, electricity) to other business such as Super Pola or a hotel. If the owners of Super Pola fight among themselves and close the place down, there are hundreds of stores and plenty of supermarkets to go around, but if we lose the electric power our food will go bad, our businesses will be affected, there would be no tourism, restaurants would go broke and we may not even get to watch the soon approaching Dominican baseball games on TV !

Note that most people in Las Terrenas have been quite content with having shit floating around their streets for months (thanks to Solsanit, the company that built the sewage system/plant), with a lack of potable water in most of the town (thanks to INAPA, the national water authority and problems also caused by Solsanit), with broken down streets and, in addition, with piles of garbage, lots of noise, deficiencies at the public hospital and a million other things, but they are not willing to lose our electrical power. Are you ? We are addicted to it, or so it seems.

So, we shouldn’t take the situation so lightly as to say it is not our problem. Truth be told, it is our common problem and we should all be invested in the solution to the problem. In addition, given the long struggle against management at Luz y Fuerza, considered by many of us an abusive and unjust business, the audit could only confirm or deny the many allegations of improprieties. Why fear an audit ? Orsini wouldn’t have anything to lose and the audit could actually confirm that all he’s done is nice and well, except if it isn’t, in which case we all need to know because we all pay the electric bill.

Most community organizations have given public support to the audit, the same group that organized the march to the Capitol two years ago, the neighborhood organizations, the evangelical ministers, the mototaxis, in addition to taxi drivers, mothers clubs and many business leaders. They all understand that after years of fighting through the system without any results (some among the expat community have seen this as an anti-business stance, unfortunately), now there’s a legal decision made that could bring about the best of their wishes—a just and effective electrical service for the community, one that would do good by the poorest in the community as well as by those who have more than plenty to pay with. The sentence produced by the courts was firm and irrevocable, regardless of what Orsini and his press cronies have said.

Orsini has rejected the decision of the judicial power and has himself become a judge, determining what’s legal and what’s not; he even abandoned the business headquarters that he himself had built and moved his business to a shack (figuratively speaking), where he collects money, uses the symbols of the company and all in fierce defiance to the courts and a rejection of the legally established business in barrio Caño Seco.

Instead of ignoring it, what Orsini has done is our problem because the electrical service is indispensable in a town like Las Terrenas, so dependent on tourism, foreign investments and businesses. It is sad to see the person that has often been identified as the one that brought progress and development to Las Terrenas through the power company, to have become the same person that creates so much restlessness and dares endanger the same company he helped create.

Let’s not fool ourselves, the audit benefits all of us, and we shouldn’t allow practices that fall outside of the legal realm to succeed. The audit is the best way to guarantee a just electrical service for all.