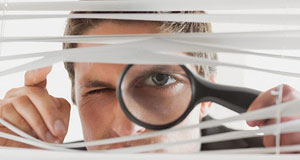 In recent weeks, Luz y Fuerza has made large investments of time and money to try to instigate public opinion against the interconnection of Las Terrenas to the National Interconnected Electric System (SENI).

The interconnection to SENI was promised after the strike last November against Luz y Fuerza, a result of the long-awaited government intervention that could culminate in a significant reduction in the cost of electricity in Las Terrenas. Back in November, EDENORTE announced that the kilo would drop to about 12-13 pesos, while more recently the Superintendencia de Electricidad (SIE), the government agency the regulates electrical service, said it could be even lower due to significant reductions in the cost of oil in recent months. Starting this coming April the village could save 200-300 million pesos a year, resulting in a huge loss for Orsini Bosch.

Now the Orsinis appear everywhere in the media saying the following: a) the interconnection is illegal, b) the interconnection does not solve the problem, c) EDENORTE cannot sell energy to Luz y Fuerza, d) the solution is for the government to subsidize Luz y Fuerza and, among other explanations, e) the company is better suited to respond to the electrical needs of Las Terrenas.

It is shocking to hear manager Alejandra Orsini Santana talk about what is or is not legal. It’s even immoral for Luz y Fuerza to take a stand about legality when it has been one to constantly violate the general law of electricity, disregarding the rights of consumers and arrogantly establishing an abusive and exploitative system. If it isn’t so, how is it that the company is hated by basically everyone, has such high rejection levels and is constantly attacked by the community ? The community does not reject the need for adequate voltage, what the community rejects is the constant abuses of the company.

If the government is succeeds in establishing the interconnection, it will mean the end of Orsini’s monopoly, pure and simple. The monopoly is the result of having the Generadora, owned by Orsini, selling its energy to the distributor Luz y Fuerza, also owned by Orsini. The generator sells at whatever price Orsini chooses, so even when Luz y Fuerza is basically broke the generator makes millions and millions, at our expense. Since the distributor is broke it pays no dividends to its shareholders, one of which is Jacques Dartout, but the generator is owned by the Orsinis, and he pays himself whatever he wants to. Actually, the power plant is not very efficient, it uses expensive fuel and its management practices are questionable, resulting in high costs for the electrical consumer. The monopoly is bad news for Las Terrenas because it has resulted in abuses and excesses that Orsini Bosch has not been willing to change. It appears that to him what consumers feel do not really matter. Under his management, free enterprise has become a misnomer, a bad word spelled out a-b-u-s-e.

Nonetheless, some of what is being said in the press deserves our careful attention, but for different reasons. We, consumers, need to be properly informed. For instance, the new power lines coming from Sanchez will not supply in full the electrical demand required by Las Terrenas, as the installation was a partial, urgent and temporary measure, and it is likely that the government may have to buy the deficit from La Generadora de Samana or from other unknown source. The government has been close-mouthed about it. Regardless, it will save money to the consumers, but it will produce technical problems unless these are technically preempted. SIE has announced that the more fitting 138 mega power lines will arrive to Las Terrenas in 2017, so in the interim there might be outages and harmful fluctuations in voltage. Perhaps, perhaps not. Let’s not forget, however, that 100% of the energy distributed by Luz y Fuerza is not without its technical problems, producing voltage fluctuation and losses to consumers, in money and appliances, although you don’t read about those in the press. It is one of the best hidden realities about Luz y Fuerza because, simply, the most unprotected consumers lack the ability to make this known in the media and those who could do not.

The most cautiously silent mass of people have been tourism business people, who pay almost 50% of the total electric bill and required constant and quality electrical supply. The government will have to find a way to avoid a trickled down chain of negative consequences if they don’t get enough power for their businesses. Years ago, that same economic group could have forced the distributor to change its business practices, but it did not (for reasons not worth exploring now). One key reason, though, is very obvious, abuses in the cost of electricity distributed by Luz y Fuerza were paid by tourists and affluent consumers, the ones that pay the high costs of electrical service in hotels and restaurants. Tourists paid, business people did not. But in the case of the remaining population, the majority of the people in the community, they paid the abuses with their own money, sometimes not buying food to pay for their electric bill, sometimes not going to the doctor if sick, sometimes disconnecting themselves from the grid because they were unable to pay. Interestingly enough, the strike of last November was carried out by those suffering people, while the tourist business people remained apathetic, but the benefits of 200-300 million pesos in savings will be received by all, the highest chunk to be received by the same apathetic bunch of business people.

The strike and the ensuing government intervention will result in undeniable technical issues. We all want stable, quality, efficient energy for our homes and businesses, but nobody wants to continue paying to Orsini whatever he wants for the power he generates and distributes. It is mind-blowing that just across the mountain in Sanchez with 30,000 people, and further out in Santa Barbara, with 50,000 people, the electric bill is almost one third of what is here in Las Terrenas with barely 20,000 people. If such discrepancy is done in the name of free enterprise, than it is an oxymoron. Conditions overall have changed, and we need to be freed from the deceitful yoke of abusive free enterprise. Hence, what happens to Luz y Fuerza now is, perhaps, the prelude to the end of the abusive yoke of Luz y Fuerza and of the immensely oppressive denial of justice by the government.

The message to manager Alejandra Orsini Santana is very simple: Is the trust, stupid. Despite Orsini’s half-truths, truths and half lies, the people maintain the same emphasis of the last 6 years: we don’t trust you. How could anyone possibly trust a company that has done everything possible to maintain an oppressive system of terror against the consumer ? How can we forget the verbal abuses, irregular meters, high losses in faulty but required connections, personal verbal abuse while seeking help, lack of response to complaints and the hopelessness of being subjected to an exploitative monopoly ? No one trusts them and many of us are willing to put up with any difficulties in the electrical supply until 2017 as it would be nothing compared to 22 years of the oppression provided by the company.

The message is not in the voltage, the message is in the lack of trust. Is the trust, stupid. Even after the strikes and subsequent traumas, have we ever heard any of them apologizing for their mistakes, their abuses and promising to do differently ? Quite the contrary, they broke all agreements with the SIE and have done even more to remain abusive and oppressive, as demonstrated by not reducing the cost per kilo after huge reductions in oil prices and lying about an alleged reduction of 11% in the electric bill. Who can trust them ?

The people will remain restless until the company faces its ultimate fate.