Shoots scenes for his next movie 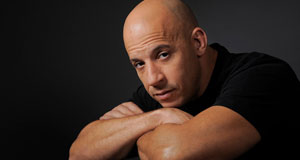 The actor/director Vin Diesel arrived this Saturday to Playa Moron in Samana, where he will film scenes for a movie he’s been rolling in the country.

In this last location the Star of Fast and Furious caused excitement in residents, who approached the filming location to witness his stunts on set.