A Little balance before the change 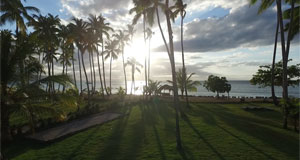 A few months ago, shortly after the strike against Luz y Fuerza, I realized that I no longer understood what direction Las Terrenas was taking in terms of development. I saw that there were things being done, and left done, without anyone saying anything or doing something about it. Decisions that apparently were not right decisions, seeing that the direct and long-term consequences would be devastating for the people. There was somewhat a kind of carelessness, or at least that’s how I perceived it.

The perspective of the website Las Terrenas Live had always been, to highlight the positive aspects of the town, and this point these highlights had become more and more difficult to find. In fact, I could only choose between nonsense and great big nothing to highlight. It wasn’t an easy selection, when our concept and only purpose is to promote Las Terrenas.

As I revise the news from the past years, it surprised me all that had been accomplished, such as works, constructions, interior as well as exterior development of town, all the synergy that had been put to service of our tourists and investors. A kind of positive impulse in which can be included walkways, pavements on the Las Ballenas beach and Bonita beach, the construction of the water station INAPA, the Atlantic boulevard, Fishermen town, the park with swings and kids playground and kiosk, the progressive asphalt of the streets, the Side Walks, etc., even the regulation of the prices in the electric service, although that subject is not fully complete… this list does not include personal investments from local constructors, as well as all the professionals that work day by day to beautify Las Terrenas and ensure the services to clients. Thanks to them because they respect the continuity, the future and optimism.

Any ways, even though there was much more to be done, we advanced in the right direction. Then, slow but sure, I had the impression that nothing was happening, but with time I have noticed that it was even worse. All was being reversed, and for months, to harm and deteriorate Las Terrenas. This is the reason for which, in part, I didn’t place any articles online. To talk about Las Terrenas and not say anything, or even worse, to accelerate bad reputation, by attracting more visitors to that would leave disappointed, with bad taste and would talk bad about Las Terrenas, wouldn’t be of any interest. Now to think a bit about the situation of the past few months, I took a little distance, but overall understood that the best would come soon, this year, and because of that and this positive aspect, I decided to talk about it. Kind of like the screens in which the publicists tell us” Please excuse us for the interruption in the services, we are working to remedy the situation, that’s what I tried to do today.

We have all understood that it does no good to expect something from the highest authorities currently established in las terrenas. So many months of waiting or better said, all these lost months with nothing to do, doesn’t do anything to believe that in a few weeks, everything will be solved for the long run. One last minute bricolage, in the urgency of the next elections, with all the promises that accompany them, doesn’t have any interest. It’s like painting the road bumps yellow on December 23rd because the tourists get in on the 24th… when little or nothing is controlled for so long, when so much time is spent showing everyone that there is no interest in protecting the population and its visitants, it’s better to pass it on.

The uncomfortable sounds (bars, motorcycles, marketing busses) the environmental contamination (smoke from public discharge, the sewers that don’t work) the hygiene and the sanitary conditions of the public (trash dumps all around) all these streets without asphalt, all the holes that still haven’t been covered up, these materials and machinery that existed for common good have now disappeared (2 dump trucks and an excavator) due to lack of maintenance, are sufficient and inconceivable for a very long time.

And the actions to protect the coral reefs which have still not been done, when professionals had advised and warned about the problem, and even though there were reunions and some decisions were made, although the budgets exist and are available, still nothing has been done.

So, air coming out of the mouths and hands, but no real action, concrete, or visible to all… only a permanent disaster with consequences will impact for the next 10 years, at least. We could ask if this is what they are looking for.

On the other hand, the things that did get done, it surprises me to see 3 three mechanic workshops that have been installed in Calle Carmen, right next to the river, but note, not in the central part of town, but, closer to the beach and to the touristic area. Frankly, I would prefer the plantain field. If we had trash that went down to the beach with the rain, now we have motorcycle oil, and trash. How can we let this be done ? Please, somebody explain.

Within the things that were authorized or permitted, I saw during few weeks, trucks of Caliche (not small trucks, Daihatsu from 5.5 tons, but Big Macks of 27 tons) come and go on the paved roads anti blockers of the Ballenas Beach, at a high speed. Go take a look at the results yourselves, it still hasn’t been fixed or repaired. How can this be permitted. Somebody explain. For over 3 years, we have had an exhibition of accident vehicles in the parking lot of the police headquarters across the street from the sea, in the most transited street of town. How can we let this happen ? Somebody explain.

Good News ! The future can’t be worse than the present…

Let’s take a breath, talk about the future and calm our future investors and our future tourists.

Next May of 2016 the municipal elections will be taking place, which will logically allow, a great change. The new Municipal Team will be seated effective as of August 2016 to start working.

Still a few more months of patience and the replacements will take over to bring Las Terrenas out of this difficult situation but such work is not insurmountable. Lets imagine some people of good will, but overall, some that love the town, both Dominicans and Tourists. New blood, young with desire to leave a clean inheritance to their children and the pride of a work done in conjunction and for the good of all. Finally, and again, we will feel proud to talk about our town of Las Terrenas and invite without shame all that want to visit us and come to live here in the best possible conditions.

For that, it is necessary and important that we have representatives that don’t hide the problems and witness them. We need to do whatever possible to resolve them as quickly as possible, and better yet, anticipate the problems. Everything works this way since it is the recipe to a good gesture.

Know that far from being desperate, we are many who justify each day, to people that visit us. How could we have gotten to this point in Las Terrenas. These explanations should be given by the principal interested, but overall what we expect from them is to find, or simply apply solutions.

The dialog has been broken and Las Terrenes population feels hated, for an unknown reason. Aside from all the work that has to be done, overall thanks to the population and professionals from different sectors, Las Terrenas is still in plain boom for one more year. The season is excellent, the hotels are full and the residences as well.

You should also know that we all have to prepare ourselves for the next season, as of today since very good news will come soon to Las Terrenas and the evolution that the town will uptake in terms of investments won’t leave us other choice. We have to compensate the failures in terms of education, of authority and organization.